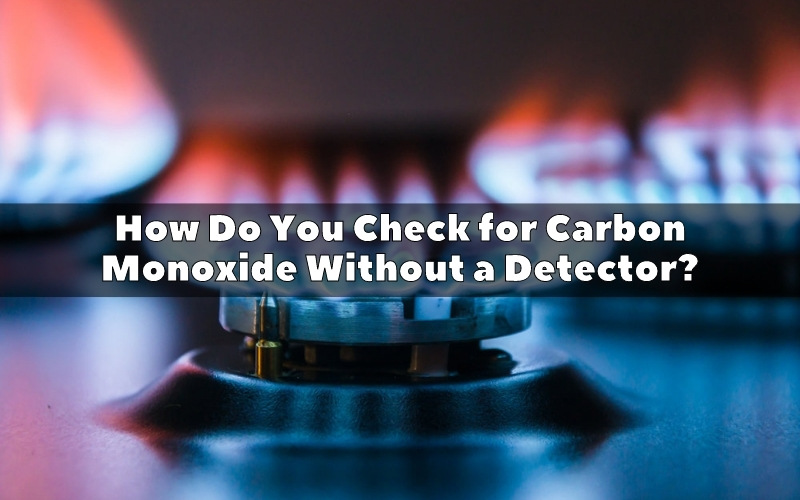 While most people have a smoke detector in their homes, very few care enough about their safety to install a carbon monoxide (CO) detector. However, the accumulation of this toxic gas can lead to serious side effects, even death.

If you do not have access to a CO detector at home, this article will spot the telltale signs of carbon monoxide accumulation in your home. Remember that CO poisoning is potentially fatal and shouldn’t be taken lightly.

Signs You Have Carbon Monoxide Accumulating

Carbon monoxide is the byproduct of incomplete combustion and can be released whenever any fuel is burned. All fuel-powered appliances and vehicles emit a small amount of CO in the air. Improper ventilation often leads to the accumulation of carbon monoxide.

While smell, sight, or taste cannot detect the gas, there are a few signs of carbon monoxide leads or accumulation. Here are the most common:

While many of the signs mentioned above seem vague, they can help you spot a carbon monoxide leak in your home even if you don’t have a CO detector installed.

Read: How Does A Gas Stove Work?

How To Prevent Carbon Monoxide Accumulating?

While carbon monoxide at low levels is not as dangerous as high levels of the gas, it does tend to accumulate indoors if the area is not well-ventilated. In this case, prevention is always better than a cure, so you should be actively preventing carbon monoxide build-up in your home.

Here are a few things you can do to ensure CO levels never get too high indoors. Keep in mind that you can still get carbon monoxide poisoning outdoors if exposed to high levels.

One of the most critical factors that impact carbon monoxide levels is ventilation. You’ve probably heard that you shouldn’t run your car inside a closed garage—this is precisely to prevent the risk of dangerously high CO levels.

Regardless of the type of appliance you are using, ensure it gets enough ventilation if it burns any fuel. Even smoking indoors can result in carbon monoxide accumulation. So, it’s always a good idea to crack open a window when there’s an open flame indoors, regardless of its size.

Whenever possible, move your operation outdoors. For example, if you need to use a blow torch, try to do so in an open garage or your backyard.

Maintaining your appliances and any detectors you have at home can significantly improve safety. Ensure that all devices have working batteries and that they are cleaned well. Dirt and debris clogging the fuel source in appliances can lead to incomplete combustion and thus CO accumulation.

When repairing any fuel-powered equipment, it’s better to move them outdoors to avoid the risk of a carbon monoxide or gas leak. Additionally, this practice is best from a fire safety standpoint.

Read: Is It Safe To Self-Clean Oven While Sleeping?

What To Do if You Have a CO Leak?

After evaluating your home and noticing some of the signs of carbon monoxide accumulation, you’re probably wondering what the next step should be. Ideally, it would be best to have a CO detector to confirm your suspicions.

In any case, if you suspect a carbon monoxide leak, these are the steps you should take:

What Is Carbon Monoxide Poisoning?

Carbon monoxide poisoning is the accumulation of too much CO in the blood. Patients suffer from varying levels of severity depending on exposure. In extreme cases, CO poisoning can lead to death. It is known as a silent killer because symptoms are vague, and the gas isn’t easily detectable.

Exposure to high levels of carbon monoxide is a serious problem. So much so that some doctors refuse to accept blood donations or transplants from patients who have recovered from carbon monoxide poisoning.

Hemoglobin in your blood cells is responsible for transporting oxygen throughout your body and excreting carbon dioxide (CO2). The problem with carbon monoxide is that it gets too attached to hemoglobin by forming carboxyhemoglobin and doesn’t allow oxygen to bond to it freely.

This is the opposite of what carbon dioxide does—it temporarily attaches to the haem molecules in red blood cells and is released when the cells come in contact with oxygen. Our body’s natural processes allow for the easy bonding and release of the oxygen we breathe from the air. Carbon monoxide interrupts this process, suffocating patients from the inside out.

Read: Why Is Electric Oven Better Than Gas?

Symptoms To Look Out For

There is also a difference between acute exposure to high levels of CO and chronic build-up of CO levels in the bloodstream. Nonetheless, here are a few symptoms to keep an eye out for:

Read: Why Gas Oven Turns On By Itself

Patients that suffer from carbon monoxide poisoning are first taken away from the initial leak. Then, they are given a high concentration of oxygen. Sometimes, a hyperbaric chamber is used to administer oxygen.

The oxygen helps convert carboxyhemoglobin back to hemoglobin, breaking down the carbon monoxide. This treatment may take time, depending on the CO levels in the patient’s blood. For pregnant women, the treatment for carbon monoxide poisoning is especially long to ensure the safety of the mother and fetus.

Other treatment methods address complications that might arise due to carbon monoxide exposure. For example, seizures, heart and lung issues, and even acidosis.

Read: 4 Ways How To Check Carbon Monoxide Levels In The House?

While there is no way to definitively detect the gas without a CO detector, carbon monoxide accumulation leaves behind several signs. Keep an eye out for them and keep CO levels to a minimum by increasing ventilation and regularly maintaining appliances.

Learn to spot them and the symptoms of carbon monoxide poisoning to keep you and your loved ones safe. A detector and good practices are always the better options.